Thank you to Bill Lipinski

A Message from Bob Passini, President and CEO 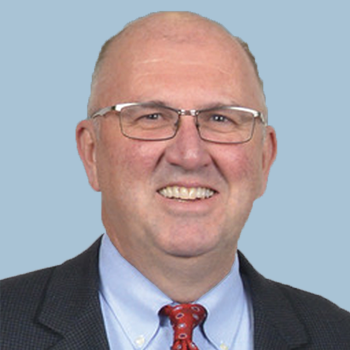 As I enter my new role today, I wanted to take a moment to thank Bill Lipinski for his leadership and reflect on the instrumental role he has played in our organization’s history. Bill stepped in as interim president in January shortly after retiring from Farm Credit East where he served as CEO for 25 years. In addition to leading our organization through a global pandemic, he met with staff to gather feedback and worked collaboratively with the senior leadership team to stabilize the organization and to position us for a successful future.

Bill’s extensive 40-year career in Farm Credit included founding FPI in late 1994. At the time, Bill was involved in a project to evaluate how Farm Credit could adjust to serve customers in the 21st century. The outcome of that effort was to take advantage of legislation set by Congress that allowed credit entities to form a service company. Prior to the founding of FPI, no ACAs had taken advantage of this legislation. He saw an opportunity and helped form FPI as a service company with the goal of separating responsibility and accountability for technology, HR, and legal services from funding loans. Bill was appointed the first CEO of FPI and was responsible for hiring the initial 32 employees—some of whom still work for the organization today—who served five New England-based ACAs.

After serving as FPI’s inaugural CEO, Bill continued to serve on our Board of Directors. During his time as a board member—which included serving as Chairman—he provided leadership and strategic direction as we evolved our technology offerings. He was a part of implementing BASIS, our home-grown CRM system that integrated with underwriting and loan processing. As technology changed and evolved, Bill played a role in the vision for EmPOWER, the system that replaced BASIS and leveraged the world wide web to offer a more robust data structure with improved convenience and utility. Over the past few years, Bill was again a part of the strategic shift as we moved from our home-grown software applications to best-in-breed cloud-based solutions within our AgWorx by FPI technology ecosystem.

As we celebrate our 25th year, we are incredibly grateful for Bill’s leadership and his tremendous impact on our organization. He is looking forward to having more time to focus on his retirement where he plans on spending more time with his wife, four children, seven grandchildren, and the many friends he has met throughout his career in the Farm Credit System.

Please join me in wishing Bill all the best in his well-deserved retirement.